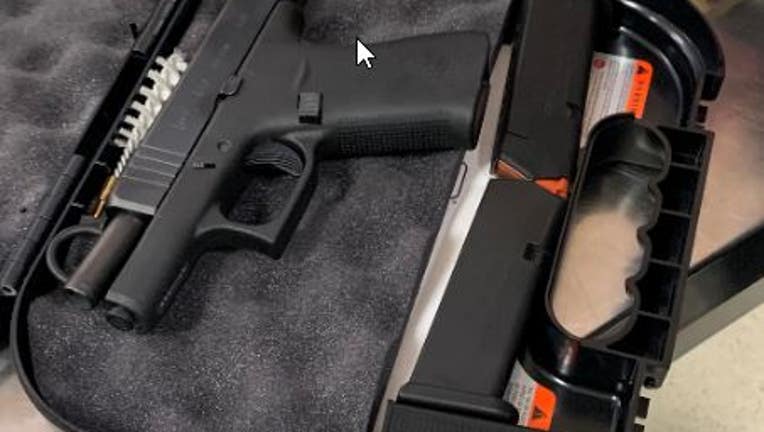 PHILADELPHIA - There's still a full month left in the year, but Philadelphia International Airport has already surpassed the number of guns stopped at its checkpoints in 2021.

The 41st gun was caught Tuesday, when officials say a Philadelphia man was found with a 9mm gun in his carry-on bag.

TSA officers brought the man to an airline counter to properly declare and check the gun with the airport. He could now pay thousands for a federal financial civil penalty.

"This individual had the proper paperwork and carrying case for his firearm, but he made a big mistake when he brought it to the security checkpoint when he should have taken it to the airline check-in counter to be declared and transported properly for his flight," said Gerardo Spero, TSA’s Federal Security Director for Philadelphia International Airport.

This is the 41st gun caught at Philadelphia International Airport this year, breaking last year's record of 39 guns.