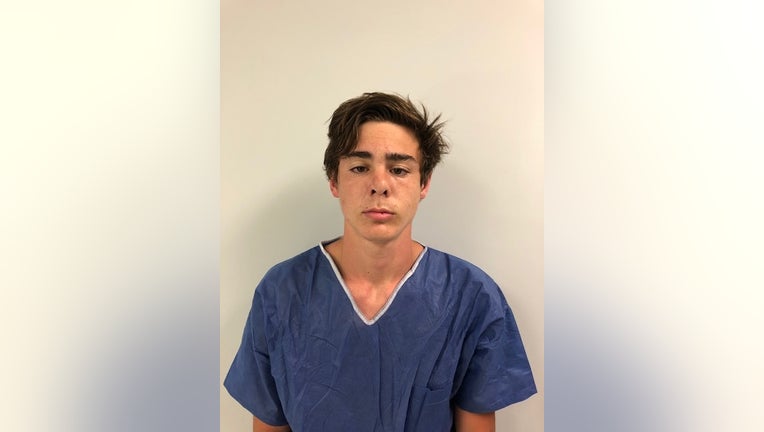 NORRISTOWN, Pa. - A man has been convicted of first-degree murder in the stabbing death of an ex-girlfriend in the parking lot of a suburban Philadelphia train station last year.

Jurors in Montgomery County deliberated for about 2 1/2 hours Wednesday before convicting 19-year-old Gilbert Newton III of the first-degree charge in the slaying of 18-year-old Morgan McCaffery. He faces a mandatory term of life in prison without the possibility of parole.

Abington Township police reported finding McCaffery’s body near her running car in the Meadowbrook Train Station parking lot in July 2020. An autopsy indicated that she had been stabbed and slashed at least 30 times. Less than two hours later, Philadelphia police were called to a home by a woman who said her son was covered with blood and reported having hurt the young woman.

Newton, taking the stand in his own defense Tuesday, said he met with McCaffery "to see if she cared about me" and to find out if she was seeing another man. He said he then intended to kill himself with knives he took from his home, but a confrontation ensued and he became angry and "started stabbing her."

Assistant District Attorney Kathleen McLaughlin told jurors that a day before the stabbing Newton saw a social media post of Morgan with another man. "That’s when he set out his plan to kill her. If he couldn’t have her nobody could," she said.

Defense lawyer A Charles Peruto Jr. argued that his client didn't intend to take the victim's life, calling him a "distraught, emotional and immature kid."

"He didn’t go there to kill her, he ended up killing her," said Peruto, who was seeking a third-degree murder conviction carrying a maximum prison term of 20 to 40 years.