Philadelphia police are searching for a pair of gunmen who opened fire on a group that was playing dice outside a bar in Olney.

OLNEY - Authorities are searching for two gunmen who police say opened fire on a group of men who were playing dice outside of a bar in Olney last month.

Officers were called to the 5500 block of Rising Sun Avenue just before 10 p.m. on Aug. 11 for reports of a shooting. Police drove two men to Albert Einstein Hospital with multiple gunshot wounds, including a 46-year-old man who died just before 10:30 p.m.

Three other shooting victims showed up at Einstein Hospital with gunshot wounds, according to authorities. Among the victims, police say a 27-year-old man suffered critical injuries to the arm and leg and a 32-year-old was grazed in the head by gunfire.

According to investigators, the shooting happened when two unknown men opened fire on a group playing dice outside Bananas Lounge. After the shooting, police say one of the shooters carjacked a woman who was waiting for food outside a nearby restaurant. 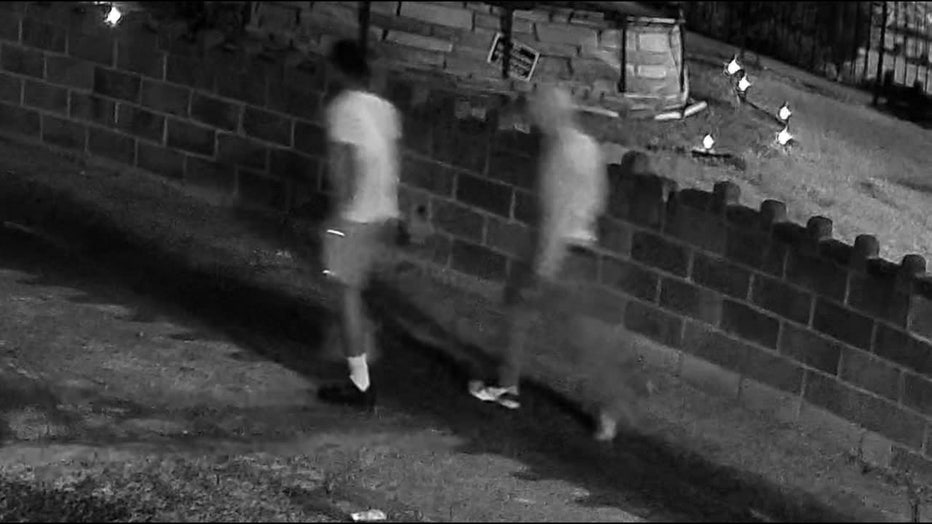 The car was later found abandoned near Fisher and Water Street after it had crashed into a parked vehicle, according to authorities.

Surveillance footage shared by police over a month later shows one of the shooters dressed in a long-sleeved shirt and long pants with distinctive shoes and the second suspected shooter in a t-shirt and shorts.

The Philadelphia Police Department has offered a $20k reward for information that leads to an arrest and conviction.

Anyone with a tip can contact the Philadelphia Police Department by dialing 215-686-8477.