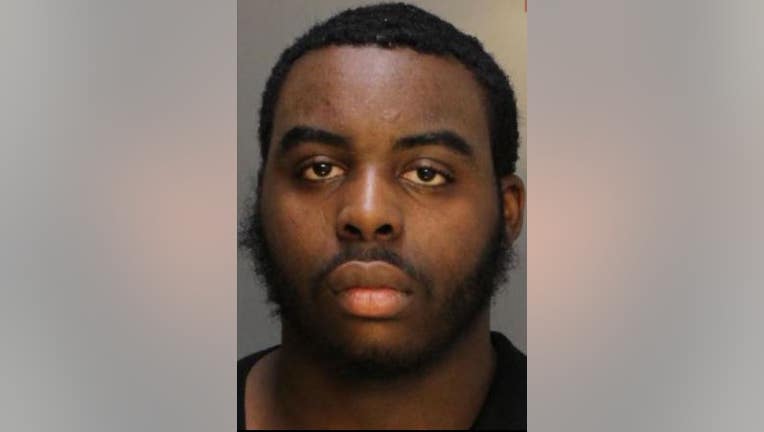 PHILADELPHIA - A suspect is wanted for their role in a shooting that left one person injured in South Philadelphia.

At approximately 8:39 p.m., Pennsylvania State Police were alerted to a shooting that happened in the area of Highland Avenue at I-95 Northbound in Chester City, Pa.

A thorough investigation revealed that 21-year-old Zion Blyden allegedly shot at the victim's vehicle while she was on I-95. Blyden then continued to pursue the victim in his 2006 Mercury Mountaineer on I-95 until Exit 17 at Broad Street.

Police say Blyden once again shot at the victim's moving vehicle and struck the front passenger in the right chest and neck. The victims continued northbound until they eventually reached the Ikea on Columbus Boulevard.

Blyden encountered one of the victim's here and discovered he shot the second and fled the scene in his vehicle. The victims were able to contact police and EMS at this point.

The victim, identified only as 20-year-old male, is currently listed in stable condition at Jefferson Hospital. Police have not revealed what sparked the shooting.

Blyden is wanted by police for attempted homicide, aggravated assault, simple assault, and recklessly endangering another person. He should be considered armed and dangerous.

Pennsylvania State Police are asking that anyone with information contact them at 484-840-1000.