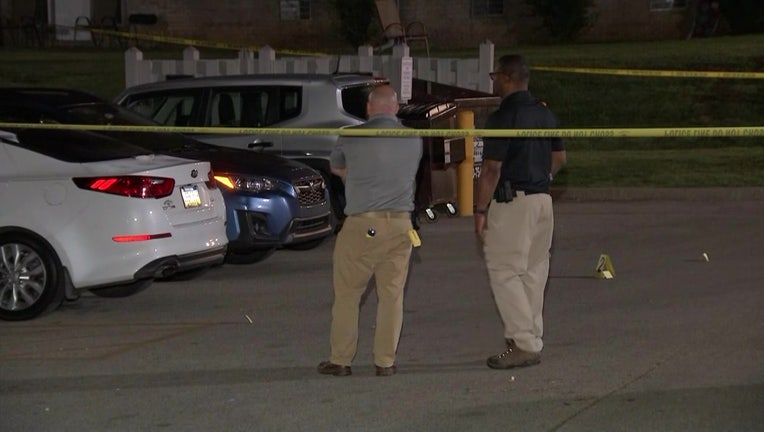 CONSHOHOCKEN, Pa. - A man has died after authorities say he was shot by police as they responded to reports of a stabbing at a Conshocken apartment complex.

Around 11:30 p.m., officers were dispatched to Plymouth Gardens Apartments on the 1300 block of Fayette Street after recieving reports of an armed subject and stabbing.

When Plymouth Township officers arrived on the scene, they encountered a 22-year-old man who authorities say appeared to be armed with a handgun. They also found a woman outside suffering from multiple stab wounds.

According to the Montgomery County District Attorney’s Office, the armed suspect failed to comply with the responding officers’ commands, and pointed the handgun at them.

The suspect was then shot by police.  Authorities did not say how many officers opened fire.

The DA’s office says the officers immediately rendered aid to the suspect, who was then taken to Suburban Community Hospital. He succumbed to his injuries hours later.

Police in Plymouth Township are investigating a police-involved shooting that occured outside of an apartment complex late Tuesday night.

The woman who had been stabbed was later identified as the suspect’s mother. She was hospitalized and listed in stable condition.

Montgomery County Detectives responded to the scene and will be handling the shooting investigation.