Police are searching for two suspects and a person of interest in a double homicide that happened outside a Philadelphia gentleman's club.

PHILADELPHIA - Authorities have identified two suspects wanted in a double homicide that happened outside a Philadelphia gentlemen's club on Tuesday.

Investigators say a 32-year-old man and a 42-year-old man suffered fatal gunshot wounds when an argument turned deadly in the parking lot of Club Risqué on Tacony Street around 2:30 a.m.

Surveillance footage shared by the Philadelphia Police Department shows the suspected shooter and a female person of interest arriving at the club in a black Nissan about an hour before the shooting. 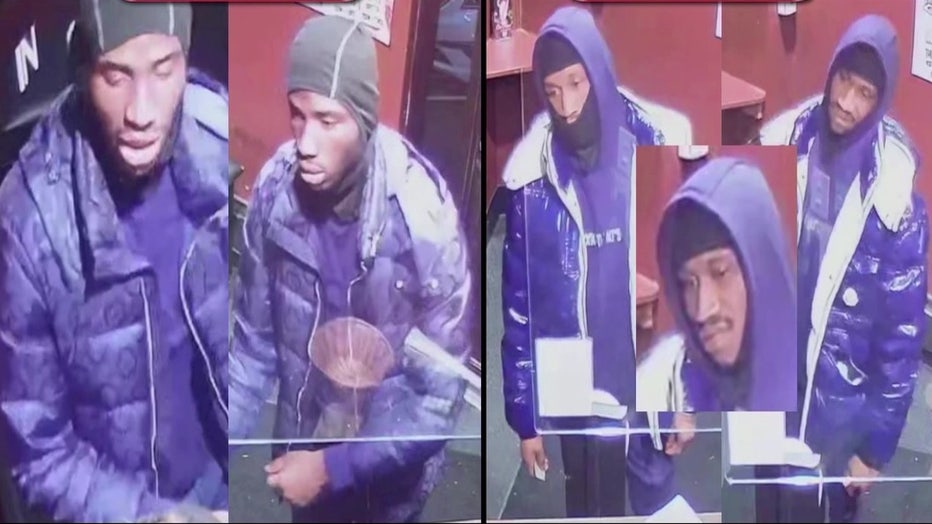 Two men are sought in a deadly double shooting that erupted outside a Philadelphia gentleman's club.

The suspect, who police say walks with a distinct limp, was wearing a blue coat and denim pants with dark-colored boots at the time of the shooting. The woman passenger labeled by police as a person of interest was wearing a white shirt with tan pants and white shoes.

Security footage from inside the vestibule of the club shows a second suspect also wearing a blue winter coat over a blue hooded sweatshirt.

Police investigate a shooting in the parking lot of a gentlemen's club that left two men dead.

Anyone with information on the suspect's whereabouts or the deadly double homicide is asked to contact the Philadelphia Police Department.

A $20k reward is issued to anyone who provides information leading to an arrest and conviction.