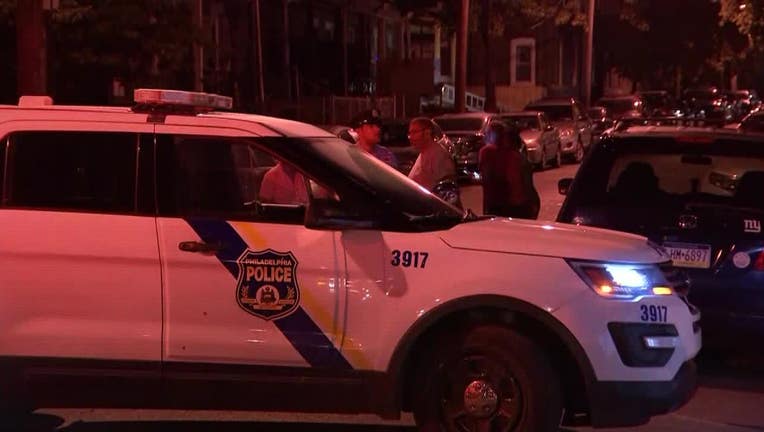 The victim, a 30-year-old man, was pronounced dead a short time after the shooting.

PHILADELPHIA - Two men are dead and five others are wounded following a violent night of gun violence across Philadelphia, including a triple shooting that injured two teens.

Authorities in Fairmount responded to the 4500 block of Poplar Street just after 10 p.m. Wednesday for reports of gunfire. Officers found a 29-year-old man shot in the head, chest and legs.

The unidentified victim was taken to Penn Presbyterian Hospital where he died, according to police. Officers did not immediately announce any arrests following the deadly shooting.

Just over an hour later, officers in North Philadelphia said a 60-year-old man was injured by gunfire in the parking lot of a McDonald's. The victim was driven to Temple University Hospital with a gunshot wound to the hip and is expected to survive, according to police.

Across the city in East Germantown, police said a 30-year-old man was found shot several times on the front porch of a home on West Hansberry Street. Nearly 20 spent shell casings were found near the victim's body, according to Philadelphia Police Chief Inspector Scott Small.

The bloodshed continued into the early morning hours of Thursday when police in North Philadelphia responded to a triple shooting on the 2300 block of Oxford Street. Two 19-year-olds and a 20-year-old are expected to survive after suffering several gunshot wounds, according to police.

Officers patrolling in East Oak Lane said a 25-year-old man arrived at Albert Einstein Medical Center just after 2 a.m. with life-threatening gunshot wounds to the chest and stomach area. Police found a crime scene on the 6400 block of North 10th Street, but they were unable to make an arrest.

According to the latest data from the Philadelphia Police Department, there have been 236 homicides this year. Deadly crime is on a 33% increase from June 2020.

30-year-old man, shot in the chest in North Philly, hospitalized in critical condition