Authorities said the body of 34-year-old Sirius Star was found wrapped in a tarp with his hands and feet tied. A short video clip obtained by FOX 29 shows two people dumping Star's body wrapped in a tarp in a vacant lot in Kensington.

PHILADELPHIA - The family of a Philadelphia man whose body was found wrapped in a tarp and dumped in a vacant lot in Kensington is searching for answers.

According to investigators, the body of 34-year-old Sirius Star was found Friday in the vacant lot on the 2800 block of Ruth Street.

Police say Star's hands and feet were bound, and the medical examiner's office determined that he died from a gunshot wound to the forehead.

A short video clip obtained by FOX 29 shows two people pushing the body in a shopping cart and trying to move it. 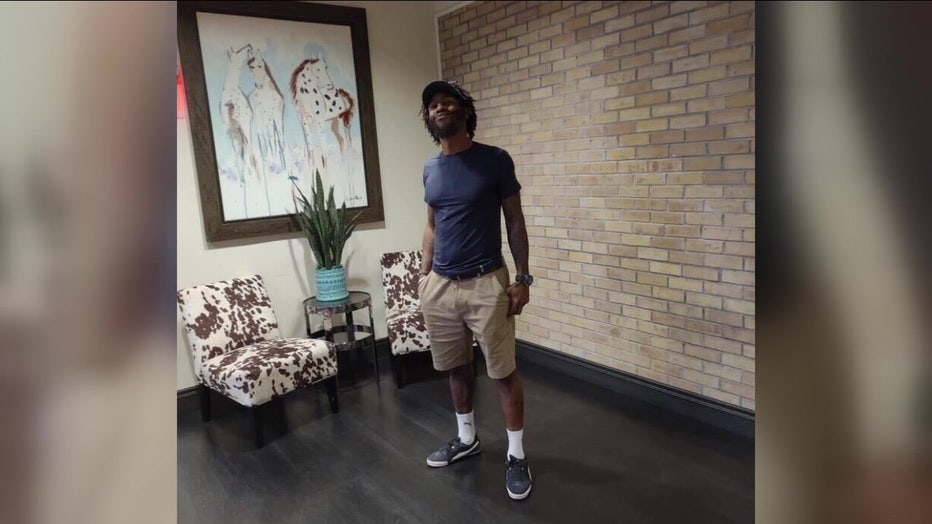 According to investigators, the body of 34-year-old Sirius Star was found Friday in the vacant lot on the 2800 block of Ruth Street.

Family members say Starr was working at a home construction project on Rorer Street, which isn't far from the vacant lot where his body was found. Star's girlfriend said she started getting strange text messages from his number around 3:30 p.m.

"'WYD babes' and he doesn’t talk like this, so she put question marks and said ‘who is this?’," Latifah Spain, Star's sister, said. She tried calling Star's phone several times and could hear what she described as "movement" the only time it picked up.

The family claims Star's phone started going directly to voicemail around 5 p.m., which launched a brief but frantic search for Star until authorities confirmed his death.

The family described Star as a hard worker who was fiercely loyal to his circle and made people around him better.

"Everyone knows something, that area is too small and too tight for someone not to know," Spain said.