A Bucks County community is questioning why the CDC would propose looser restrictions on powerful prescription drugs as the opioid epidemic continues to run rampant in Philadelphia and its suburbs.

FALLS TOWNSHIP, Pa. - A Bucks County community in the throes of the opioid epidemic is questioning a new proposal from the Centers for Disease Control and Prevention (CDC) that would loosen guidelines on prescribing powerful prescription drugs.

"If the last 20 years tells us anything the medical community underestimated how addictive these drugs were going to be," Falls Township Police Department Chief Nelson Whitney said.

The CDC's previous guidance, issued six years ago, helped slow the kind of prescribing that ignited the worst overdose epidemic in U.S. history. But it also caused some doctors to become too quick to cut off patients taking prescription painkillers and too strict in keeping the drugs from patients who might benefit, CDC officials said.

The proposed changes, contained in a 229-page draft update in the Federal Register, would roll back some suggested limits on the drugs. Their publication opens a 60-day public comment period. The CDC will consider comments before finalizing the updated guidance. 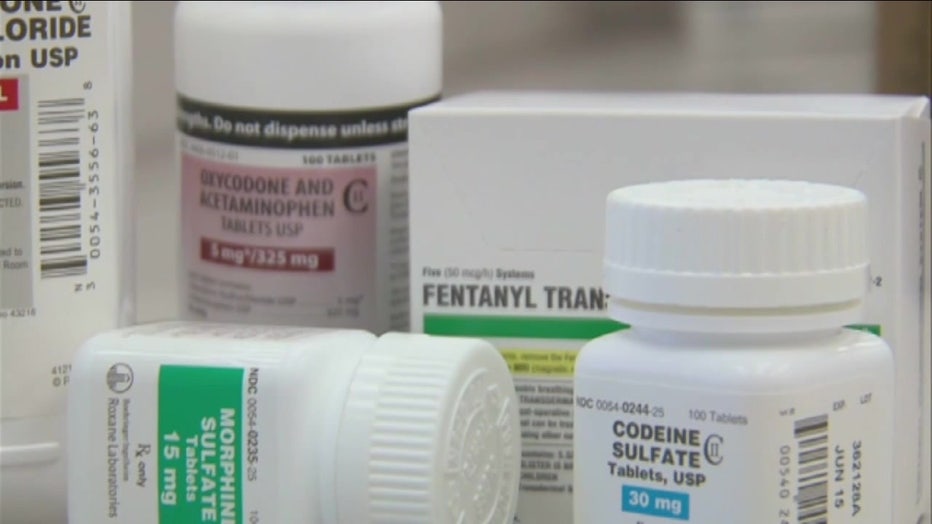 A Bucks County community is questioning why the CDC would propose looser restrictions on powerful prescription drugs as the opioid epidemic continues to run rampant in Philadelphia and its suburbs.

There’s a dropbox inside the suburban Philadelphia police station for leftover prescription drugs, so pills like Oxycontin and Oxycodone don't end up in the wrong hands.

Natalie Rivera, a certified recovery specialist, said her cousin became lethally addicted to painkillers after they were prescribed to him.

"He was put on pain pills, got addicted, they wouldn't prescribe more, and he purchased some drug seven months clean and he passed away," Rivera said.

Rivera, a recovering addict herself, now responds with Falls Township police officers to at least two overdose calls a week. Most people she deals with became addicted to painkillers after suffering an injury and some move onto other drugs like heroin and fentanyl.

There were 100,000 overdose deaths in 2021 alone, which has caused local authorities to question why the CDC would propose looser guidelines on powerful prescription drugs.

"This is not an urban problem that is only seen in cities, it is everywhere, it's in suburbs across the United States and certainly in Bucks County," Chief Whitney said.

Authorities will continue to forge ahead in the battle against powerful opioids by holding a national prescription drug take-back on Apr. 30.

We have to look at this as a medical problem, and we have to try to connect people with help so that they can get the assistance they need," Chief Whitney said. "No one is beating this on their own they need help."