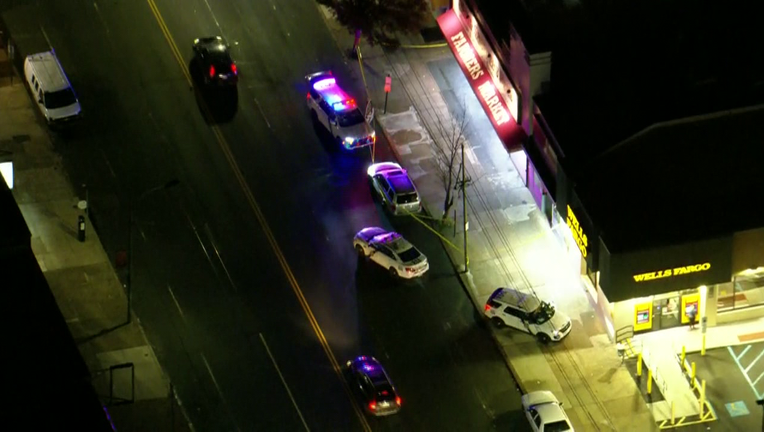 Skyfox over the scene of a deadly shooting on Castor Avenue.

CASTOR - A violent night sees a 28-year-old man gunned down in Castor.

The shooting happened on the 6600 block of Castor Avenue Tuesday, just after 7:30 in the evening, according to officials.

Responding officers found the man suffering from gunshot wounds to the chest. He was rushed by medics to Jefferson-Torresdale Hospital. He succumbed to his injuries shortly after arriving and was pronounced dead.

Police later identified the man as Demetrius Brown. Police say an investigation into a possible motive is ongoing.

A weapon was recovered at the scene, but no arrests have been made.

The shooting follows several others Tuesday, as two teens were shot in East Germantown, a 20-year-old was wounded earlier Tuesday morning and a 34-year-old man was shot and killed in Frankford.