1. Violent night in Philly as at least five are shot, one killed 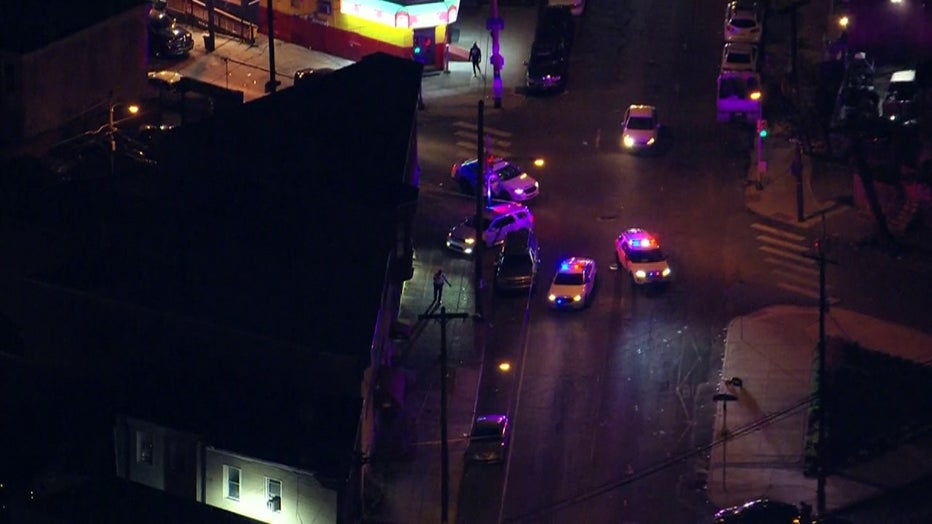 Philadelphia police investigate a shooting at 11th and Rising Sun that injured a 30-year-old man.

PHILADELPHIA - A violent night across Philadelphia to start the weekend as at least five people are shot and one killed, while one 17-year-old girl is stabbed.

Philadelphia police are investigating a double shooting in North Philadelphia, after a fight broke out between two men at a youth field. Earlier, Friday afternoon, a man was shot in the head and killed in Kensington and early Friday evening, a man was critically injured in a West Philadelphia shooting.

2. Mother speaks out after arrest is made in her son's murder

The mother of Hyram Hill speaks out after an arrest is made in the murder of her son.

One of two suspects who was wanted in connection with the murder of a Philadelphia officer’s adult son has turned himself in to police.

Police say Levar Turner, 23, turned himself in at the Philadelphia Public Services Building in on Friday morning, days after authorities released new surveillance video from the deadly incident. Authorities say turner will face murder, robbery, and criminal conspiracy charges and that a second suspect remains at large.

Woman released from the hospital 9 months after COVID diagnosis

Candice Davis lost two arms, a leg and half a foot, while spending nine months in the hospital recovering from COVID.

The debate about the seriousness of COVID-19 still exists. But, a Philadelphia woman wants the public to know COVID-19 and the complications she suffered cost her her arms and a leg.

Candice Davis is overjoyed to be released from Good Shepherd Hospital in Philadelphia, after spending nine months fighting for her life in a battle with COVID-19 and the havoc it caused her body.

4. Weather Authority: Cloudy start to the weekend will give way to a beautiful Sunday

Saturday morning looks cloudy, but the sun should peak through by the afternoon. Temperatures will top out in the mid 60s.