Police say a SWAT team was serving a warrant in the city's Ogontz neighborhood Friday morning when they were encountered by an armed man. One SWAT officer discharged his weapon, but the suspect was not hit.

PHILADELPHIA - Philadelphia police are investigating an incident after a SWAT officer serving a warrant in Ogontz discharged his firearm when he encountered an armed suspect Friday morning.

The scene unfolded inside a home on the 1400 block of Olney Avenue around 7 a.m. Friday.

Officials say Philadelphia police were assisting Cheltenham police in serving two warrants related to a shooting outside of a Wawa in Cheltenham Township back in May.

Police say SWAT officers were serving the second warrant inside a home on West Olney Avenue when they were confronted on the second floor by a man with a gun. 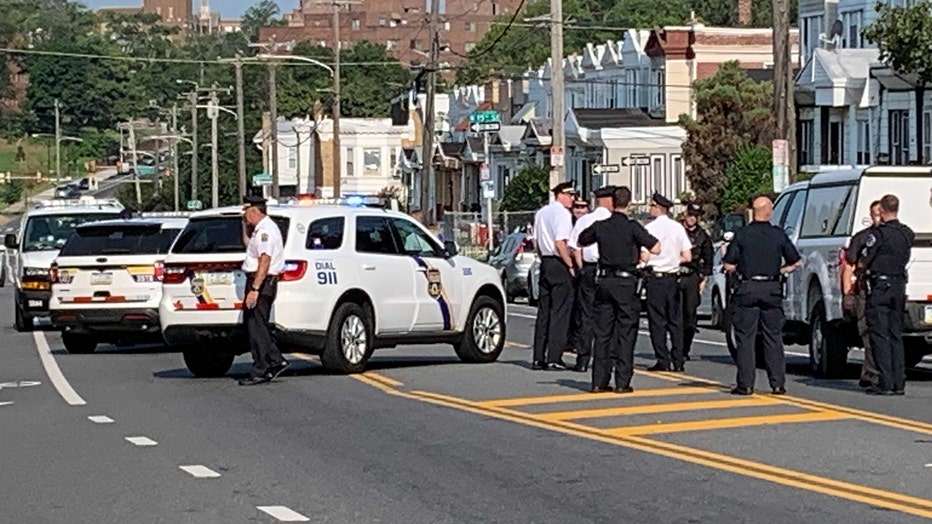 Authorities say the man pointed the gun at SWAT officers, prompting one of the officers to discharge his firearm. The suspect was not struck by the gunfire.

Police say a woman who was inside the home did sustain an injury to her lower body, but they do not currently believe it to be the result of gunfire. They say her injury may have been the result of debris in the room.

The officer-involved shooting investigation team was on the scene Friday morning.

No officers were injured during the incident.