FOX 29's Steve Keeley has the latest after a man was fatally shot at the food court in the Philadelphia Mills Mall.&nbsp;

Shots rang out near the orange entrance around 5 p.m. after police say a fistfight broke out.

Surveillance video from inside the mall captured portions of the altercation and the ensuing commotion.

At some point during the altercation, police say a gun was produced and the victim, a 21-year-old man was shot multiple times in the chest. He was pronounced dead at the scene a short time later.

The victim has since been identified by authorities as Dominic Billa, the stepson of a county detective assigned to the District Attorney's Office Homicide/Non-Fatal Shooting Unit.

Witnesses who were inside the mall at the time of the shooting described the panic among shoppers.

"Everybody ran out. They were just running. I mean ladies with carts with their kids behind them. It was a mad rush to the door," one witness told FOX 29. 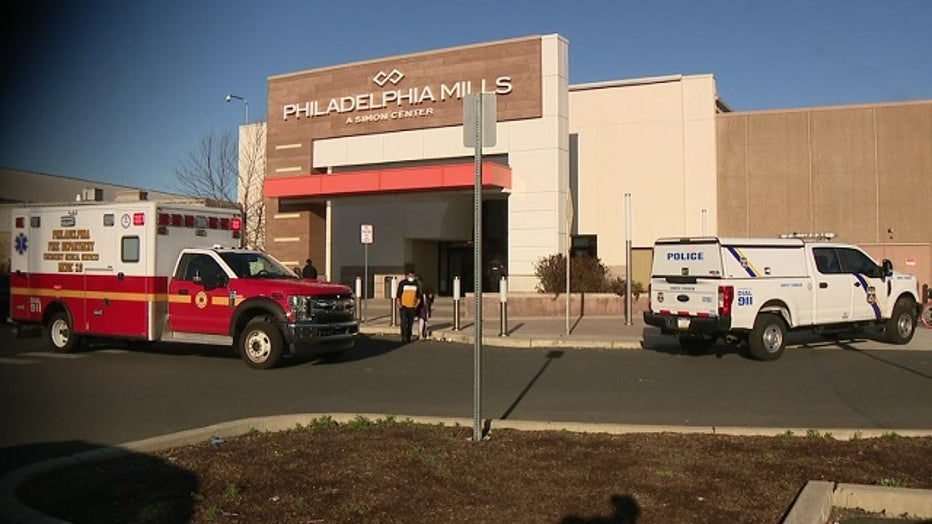 "People were running in all directions. Very scary situation," said Philadelphia Police Sgt. Eric Gripp. "Obviously this is tragic, but we're very fortunate that it wasn't worse than it was.

Police say they are currently searching for a single gunman who was able to flee the mall ground during the chaos. No weapon was recovered from the scene.

The shooting comes nearly two months after another 21-year-old man was shot in the neck at the Philadelphia Mills Mall.

Police say a 21-year-old man has died following a shooting at the food court inside Philadelphia Mills Mall.